We just won a huge victory in the fight against Keystone XL. A federal judge overruled the Trump Administration and called for a more robust environmental review of the pipeline in Nebraska.

Earlier this week, we sent you a message about Trump’s sham review of Keystone XL — and the judge agreed! Trump’s rushed, sloppy review is getting thrown out, and now the State Department has to go back to square one and re-do its review for the new proposed route in Nebraska.

This victory shows that when we rise up together against the fossil fuel industry and the politicians who support it, we can win major victories. That’s why we’re mobilizing together on Sept 8, and we want you to join us. 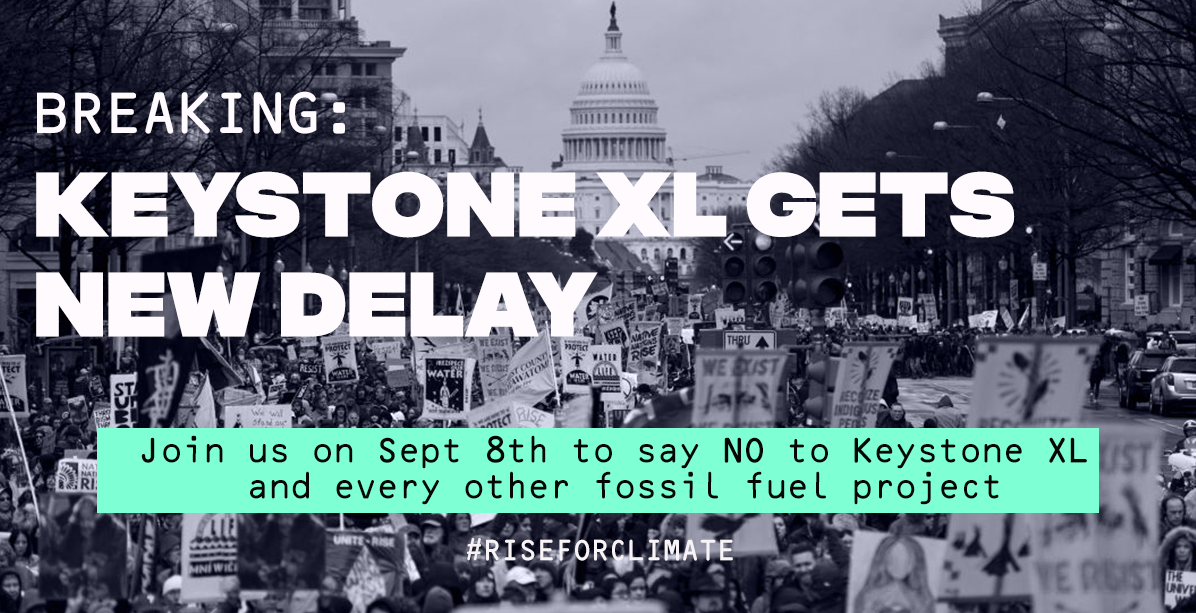 This is a huge wrench in TransCanada’s plan and could have major impacts on the fate of the this pipeline. Our movement has stopped Keystone XL for nearly a decade, and we will stop it again.

The science is clear: our climate, our communities, and our water need to be protected from the fossil fuel industry. That’s why we’re rising up together on Sept 8, and will continue to rise up against this destructive industry.

Join us on Sept 8 to say no to Keystone XL and every other fossil fuel project. RSVP to a Rise event now.

When Trump got elected, TransCanada thought they’d finally get this pipeline in the ground. But with thousands of us standing together, we can make sure this pipeline and every other pipeline never gets built.

P.S. If you haven’t yet, join the Promise to Protect and commit to peaceful, creative resistance on the route if called upon by Indigenous leaders.