Together, we held the line: thanks to Solidarity Budget, Seattle is the only major US city to divest from policing and reinvest in community for a second year in a row, successfully resisting a national backlash fueled by white supremacy and political elites whose power depends on keeping us divided. 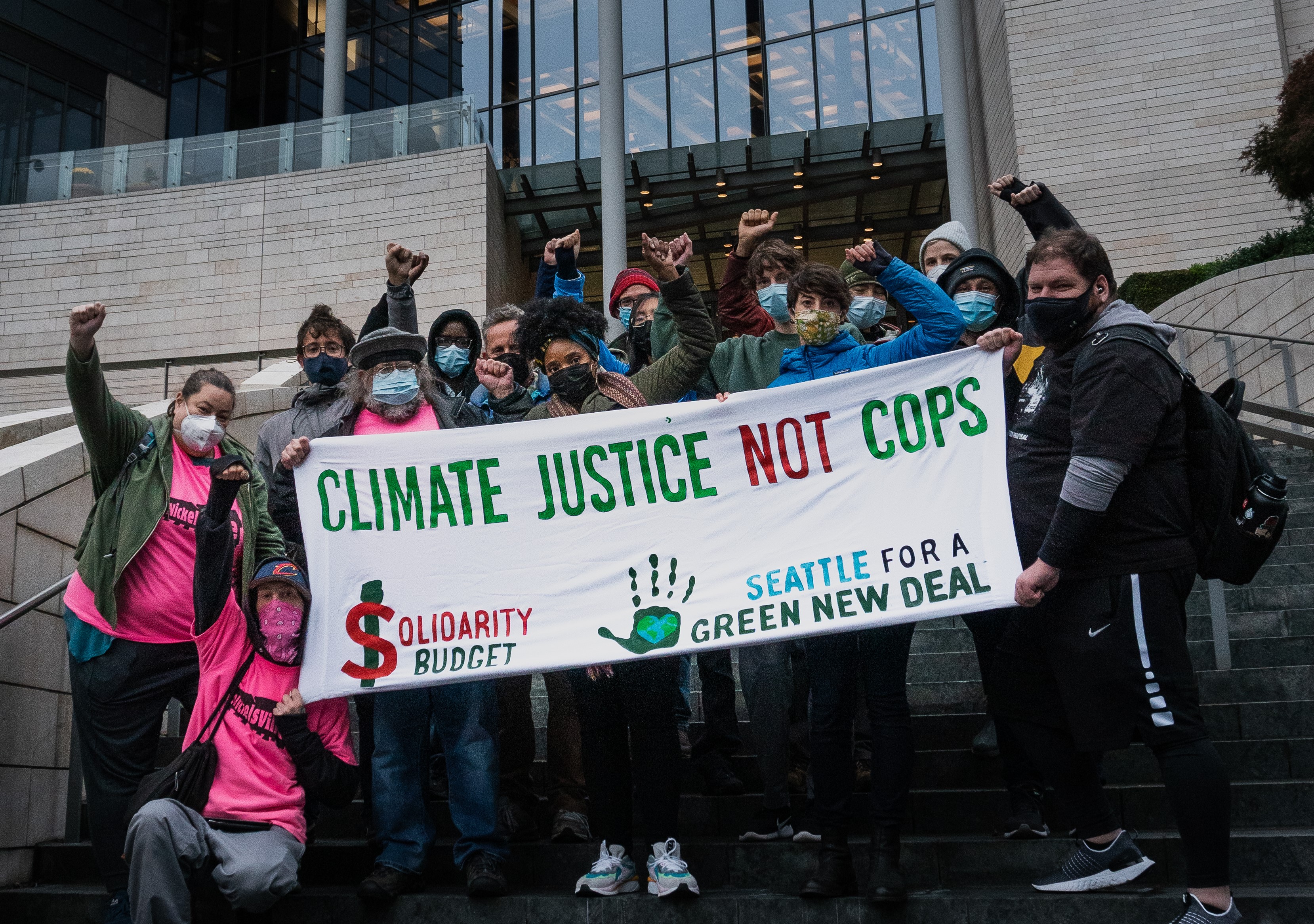 As we continued divesting from harmful policing, we also had some big wins for climate justice:

These wins move real money to our communities and move the needle on racial, economic, and climate justice here in Seattle. And they wouldn’t have happened without the powerful, united community organizing behind this year’s Solidarity Budget.

Together, we testified at every City Council budget hearing and committee meeting. We called, emailed, and met with our City Councilmembers.  We welcomed in new volunteerthanks to Solidarity Budget,s, organizers and community partners, growing our collective power through this budget cycle. We made beautiful art and put on an awesome rally. We built connections and community that will shape our work for years to come.

While the city budget process is coming to a close, our organizing for a more just and healthy future is just getting rolling. Despite these wins in the 2022 City budget, Seattle is still spending $26 on police for every $1 spent on climate action. If we’re serious about climate justice and Seattle’s Green New Deal, we have to flip this script.

Are you ready to join us in 2022? Our Seattle Green New Deal Team will be back in the new year with community events, trainings, and new campaigns — sign up here to get updates and get involved!

To unsubscribe or change your email preferences click here
You can also keep up with 350 Seattle on Twitter or Facebook.
350 Seattle is an independent local affiliate of the global 350.org. We are not legally or financially connected to 350.org. We’re funded by supporters like you! Click here to make a donation today.
350 Seattle
5031 University Way NE
Seattle, WA 98105
United States