On March 31st, 18 banks have a $2.2 billion loan up for renewal to Enbridge, the corporation behind the Line 3 pipeline. If built, Line 3 would release 193 million tons of greenhouse gas into the atmosphere every single year. That’s as much as the twelve largest power plants in the United States combined. and double the annual emissions for the entire state of Washington.

The banks must walk away from that loan. So on Friday, we visited five Chase branches in downtown Seattle to demand that they defund Line 3. We took a 50′ inflatable pipeline to one downtown Chase branch, and staged a mock oil spill outside of another. At a third, we hung a huge #DefundLine3 banner outside the front doors. You can view and share our video on Facebook here and Twitter here. 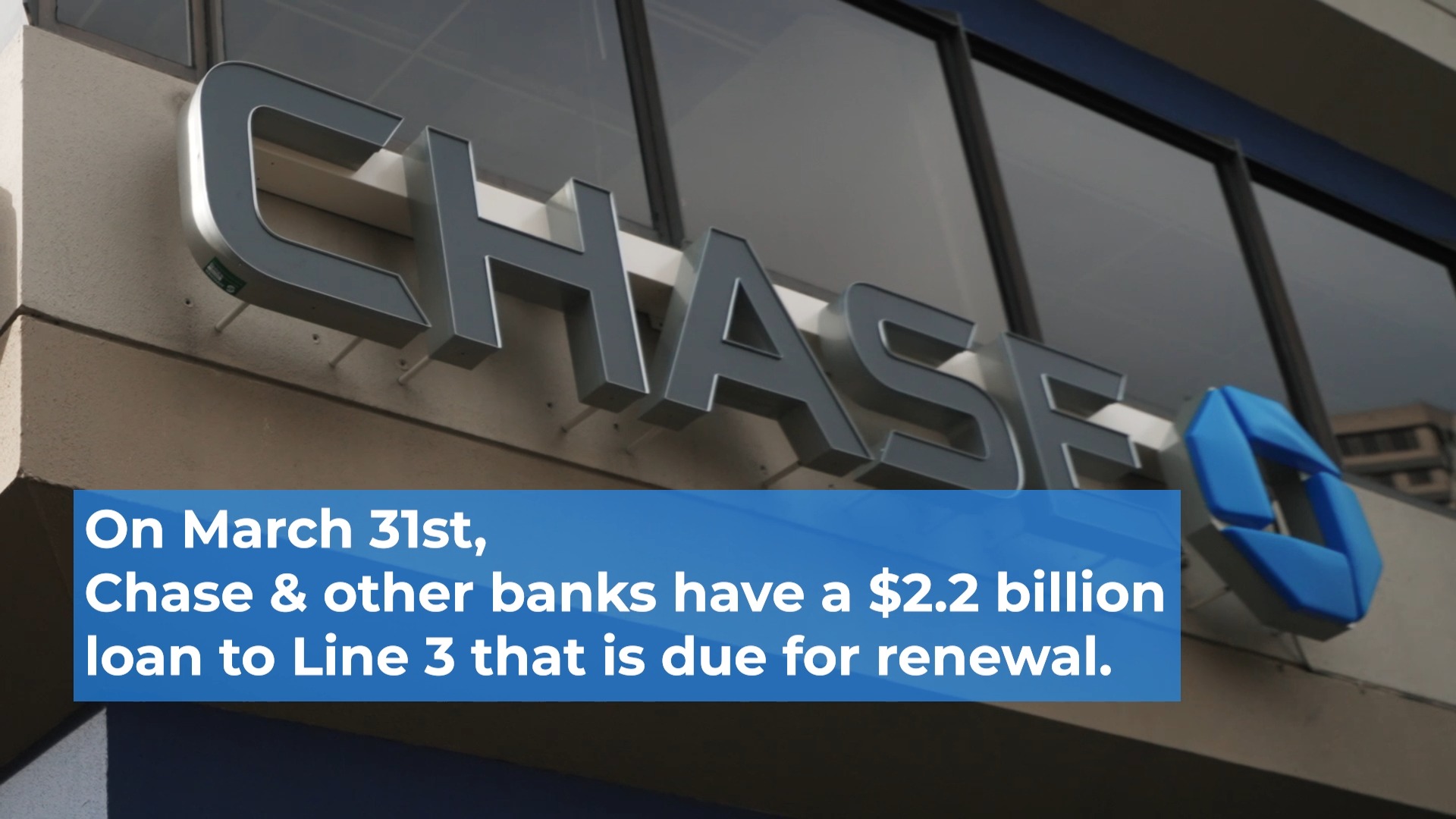 Today, we’re asking everyone to make a phone call to key Chase executives to demand that they walk away from Line 3. We have a call tool with phone numbers and suggested scripts — all you need to do is pick up the phone.

Since last week, more than 500 people have called Chase executives to demand that they stop funding Line 3, and 230,000 emails have been sent. Together, we’re making our voices heard in support of the frontlines—where in the last two months, more than 120 people have been arrested resisting Line 3 in Anishinaabe territory in Northern Minnesota. Water Protectors have put their bodies on the line to stop construction: braving freezing temperatures to lock themselves inside sections of pipe, blockade excavators, and shut down construction with pianos. “[Line 3 is] a perpetuation of cultural genocide,” says Tara Houska, the founder of frontline resistance camp, Giniw Collective. (You can support this important frontlines resistance work here.)

Please join the Defund Line 3 campaign today by picking up the phone, calling Chase executives, and demanding that they stop funding Line 3.

Together, we can make sure this toxic pipeline never comes online..

In solidarity,
Alec, for the Stop the Money Pipeline team